No to Third Prison Plans in Ulnes Walton 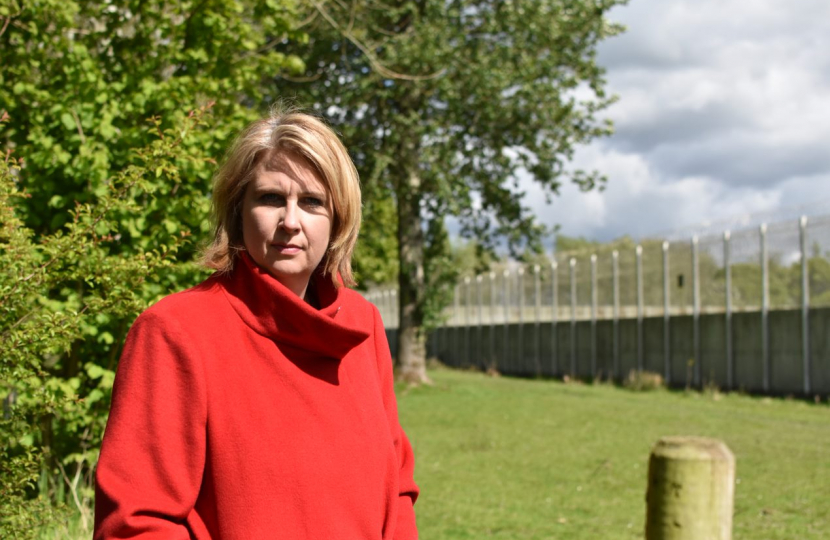 An appeal was launched by the Ministry of Justice to challenge Chorley Council planning committee’s rejection of the proposal for the construction of a third prison on the land adjacent to HMP Garth and HMP Wymott.

The results of the survey show a strong and clear message from South Ribble residents. The overwhelming majority of residents believe that the development of a third prison on the land adjacent to HMP Garth and HMP Wymott should not take place.

With this almost unanimous view from residents, I have written to the Planning Inspectorate to object to the proposal and call for the plans to be abandoned in their current form.

I cannot support the current plans. They require significant reform to address poor local transport infrastructure and an inappropriate access point to the site. I have proposed the idea that plans must include additional infrastructure provision and allow for access to the site from the North-West instead of the South-East.

The text of my letter can be found in the pictures below. If you would like a pdf copy of the survey report, please do not hesitate to email me at Katherine.fletcher.mp@parliament.uk 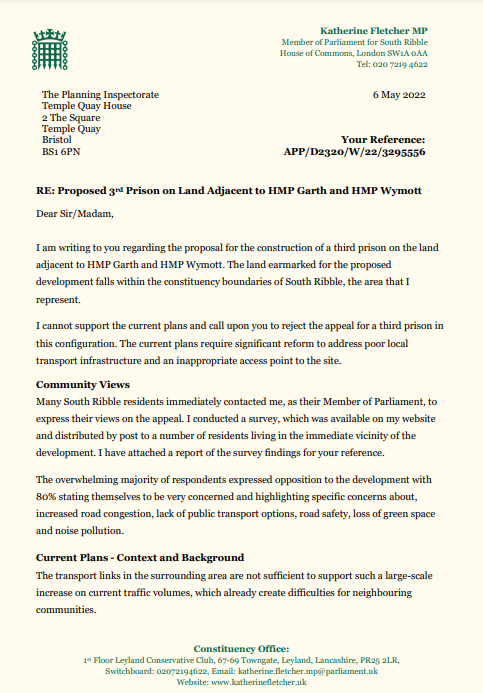 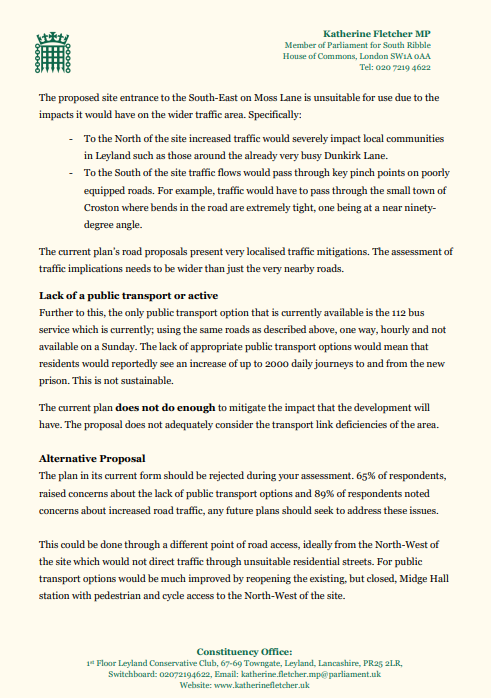 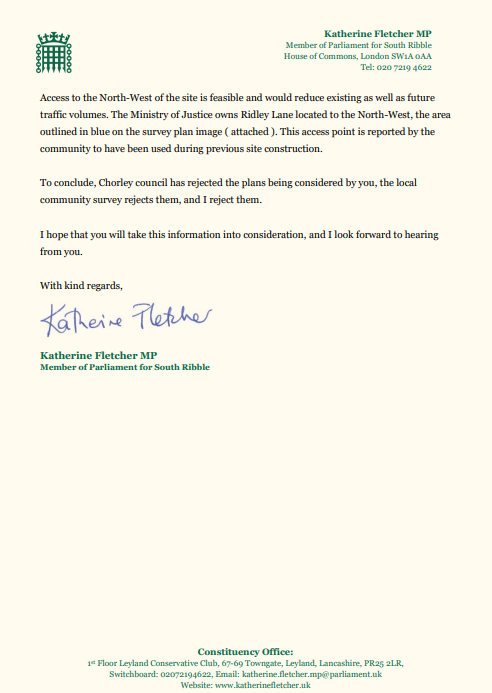 After many residents contacted me to express their views on the proposals, I conducted a survey which was available on my website and distributed by post to a number of residents in the immediate vicinity of the development.